Japanese Knotweed What You Need To Know 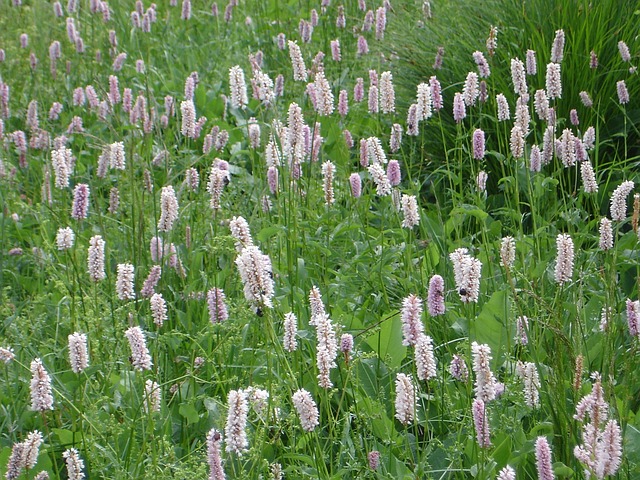 Carl Peter Thunberg, a Swedish naturalist, was the first to discover Japanese knotweed in the 1700s. Philipp Franz von Siebold, a doctor and naturalist working for the Dutch army then rediscovered it between 1823 and 1829. Von Siebold then distributed the plant throughout Europe from around 1848 from a nursery that he set up in Leiden, Holland.

Following its success, after it was awarded the Gold Medal from the Society of Agriculture and Horticulture at Utrecht in 1847, von Siebold marketed the plan aggressively. Using its tendency to develop dense screens and its vigorous growth habit as key selling points, Japanese knotweed was sold as an ornamental fodder plant capable of stabilizing sand dunes and sales were widespread.

How Did Japanese Knotweed Find Its Way to the UK?

The Leiden nursery dispatched an unsolicited parcel of plants, which included Japanese knotweed to the Royal Botanical Gardens at Kew in 1850. A specimen of the plant arrived at the Royal Botanic Gardens in Edinburgh in 1854.

1854 was the same year a Kingston nursery became the earliest recorded nursery offering the plant for sale in Britain. It was thereafter sold and distributed by many amateur enthusiasts and commercial nurseries alike and was reported as becoming naturalised in the UK by 1886. If you are in need of knotweed removal then you should do a Google search to see what facilities are in your local area. For example, if you are in the Southampton area then type ‘knotweed removal Southampton‘.

The dangers of the plant started becoming apparent by the end of the 19th Century and the start of the 20th Century. An account of the flora in Alexandra Park in Oldham that was published in 1887, noted how the plant kept appearing “unexpectedly in just about every piece of cultivated ground.”

In 1899, Gertrude Jekyll, who was previously an ardent admirer of Dwarf Japanese knotweed admitted that the plant should be planted with caution and that her beloved Dwarf knotweed must be reduced.

By this time, however, it was already too late to reverse the impact of the plant and its current status is invasive and increasing. In spite of the warnings, it wouldn’t be until 1981 that the British government would introduce legislation aimed at specifically controlling its spread and sale.

Japanese Knotweed: A “Menace” Outside Its Natural Environment

Japanese Knotweed has only become a worldwide menace since it left its natural environment in Asia. In its native habitat, the plant is kept in check naturally – in Japan, at least 6 species of fungus and 30 species of insect feed on it. Outside its natural habitat, these species don’t exist, which has led to the plant thriving due to the lack of natural predators.

Trials to Control the Growth of Knotweed

Trials have been undertaken in the UK to facilitate the safe release of some of the plant’s natural predators from Japan into Britain without causing a knock-on effect on other species.

Aphalara itadori (a psyllid) has been released in controlled areas for the purpose of managing knotweed naturally. However, as noted by scientists five years after the bugs were released, more time is required to determine whether or not the project was successful.

Upon release, they will take several years to have any real effect (usually 5 to 10 years). It is worth noting that these agents will ensure control only as opposed to eradication and that they only feed on Japanese knotweed and not any of its hybrids or related species.